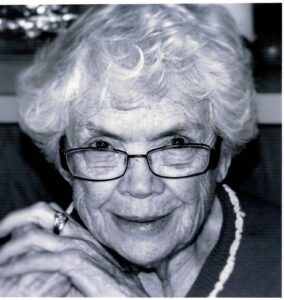 Funeral Services and Inurnment for Adeline O. Lint (nee Ozburn), 94, of Schaumburg since 1953, will be held at a later date at St. John United Church of Christ, Palatine; with the Inurnment at the St. John U.C.C. Cemetery.

Adeline was born August 29, 1926 in Oak Park, and she was raised in Chicago.  She passed away March 21, 2021 at home in Schaumburg, surrounded by her family on a beautiful Sunday morning; with not a cloud in the sky.

In lieu of flowers, donations would be appreciated to St. John United Church of Christ, 1475 W. Algonquin Road, Palatine, IL 60067.

Adeline had a 45 year career as a school bus driver and also worked alongside her husband, Daryl as a licensed pharmacy tech at their store, Roselle Medical Pharmacy.

Adeline was a longtime active member of St. John United Church of Christ, Palatine, where she sang in the choir, and many weddings and other occasions.  She also performed at the Schaumburg Senior Follies, karaoke, and talent shows on cruise ships as she traveled the world.  She enjoyed going to the theater and playing cards with the girls.