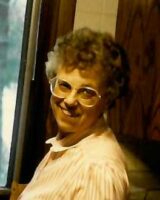 Visitation for Carol Jeanne Rossmann Strand, 85, of Saddlebrook, will be held Saturday, November 23, 2019, from 11:00a.m. until the time of the Memorial Service, 2:00 PM at the Ahlgrim Family Funeral Home, 415 S. Buesching Rd, Lake Zurich IL. The Interment was private.

She passed away on Monday, November 18, 2019 and will be missed by many whose lives she touched. Her honesty and determination were an example to strive for and her empathy for others was unsurpassed.

An eternal seeker of knowledge and truth, Carol graduated Salutatorian at Niles Township High School and was a journalist for several publications. Her writing skills served her well, leading her to a fulfilling role in Public Relations at Condell Hospital and communications roles for many organizations and volunteer groups.

Carol was a longstanding member of St Peter United Church of Christ, actively raising her children with love, forgiveness and a keen sense of justice. She volunteered for many causes, supported the environment & was an avid Cub fan.

Carol was preceded in death by cherished husband C. Robert “Bob” Strand and daughter Barbara Anderson. She is survived by her children Joni, Laurie and Mark (Tracey) and grandchildren Cory, David, Justin and Karly.