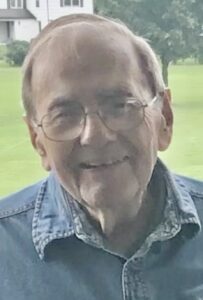 David was a loving husband, dad and the best grandpa and great-grandpa ever.  He worked many dedicated years at “IMC”, starting his 40+ years there in the hills of Tennessee, ending his career in the Northwest Suburbs of Illinois. He was a long time member of the Elks Club, holding high position of Exulted Ruler. David loved spending many winters vacationing in Sanibel with tons of family.  His favorite pastimes were watching the Cubs, Da Bears, and working on crossword puzzles, as there was never one he couldn’t solve.

He is preceded in death by his wife, Diane J. Smith and his brother, Robert (Louise) Smith.

In lieu of flowers, donations will be appreciated, in David’s memory, to The American Heart Association at heart.org or The Alzheimer’s Association at alz.org.