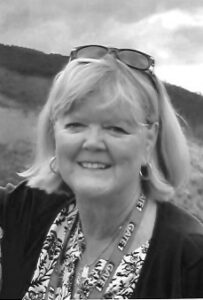 A Memorial Visitation for Diana C. Warren Snell, age 76, will be held at Ahlgrim Family Funeral Home, 201 N. Northwest Highway, Palatine, on March 7, 2021, from 12:00 PM until the time of the Memorial Service at 3:00 PM. The Interment will be private. Join us at: https://webcast.funeralvue.com/events/viewer/49694

Diana Carol Warren Snell, passed into Heaven peacefully at home with loved ones at sunset on February 20, 2021.  She was born in Norfolk, Virginia on April 28, 1944 to Bill and Lorraine Warren.  Raised in Tarboro, in her beloved North Carolina, she had one younger brother, David, and is survived by her two younger sisters, Cathy and Janet.  After moving to Chicago for college, she met the love of her life, Mike, and was married in 1967.  Diana and Mike had 54 wonderful years of marriage and have two children, Kelly and Charley.

Diana had many passions; reading, gardening, crafting – and most of all, enjoying adventure.   Every year, a new journey ensued to points across the globe, making friends wherever she visited.  The stars that lit Diana’s life were her three grandsons:  Michael, Mark and Matt.  Whenever there was a school or sporting event to be attended, she was there, with Mike in tow.   Diana lived in Chicago, Lyons, Morton Grove and Palatine, Illinois – but her spiritual home was “Warrens by the Sea” in Kure Beach, North Carolina where she spent as much time as possible with her family and friends.  While Diana will not be taking photos of the sunrise from the “front porch” of America, she is now the birth of every new day.  When the light of the sun graces upon you, it is she.

Diana is survived by her husband Mike, her children and her favorite daughter-in-law Evelina, her beloved grandchildren and her many nieces, nephews and others that became as family.  All of these she heart fully loved deeply.

In lieu of flowers, donations may be made to the American Cancer Society, www.cancer.org or the Horse Harbor Foundation, www.horseharbor.org