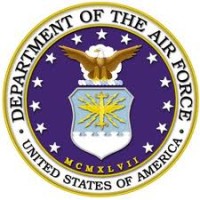 A Memorial Visitation for Donald E. Van Cleave, 89, of Palatine, will be held on Wednesday, September 8, 2021 from 4:00 PM until the time of the Memorial Service at 7:00 PM at the Ahlgrim Family Funeral Home, 201 N. Northwest Hwy., Palatine. The Interment will be private.

Don was born on July 4, 1932 in Des Moines, IA to Ray and Agnes Van Cleave. He passed away at Northwest Community Hospital from a heart attack on September 2, 2021.

A graduate of the University of Iowa, Don proudly served in the United States Air Force in the Korean War before working for Standard Oil Company for more than three decades. He committed himself to a life of service in retirement. He volunteered with PADS, the Palatine Senior Center, the Palatine Township Food Pantry, Northwest Community Hospital, and many other organizations and charities. One of his great joys was serving as the “Banana Man” at the Captain James A. Lovell Federal Health Care Center in Chicago, where he wheeled a cart of fruit into the rooms of injured soldiers and gave them bananas, an eager ear, and a sympathetic heart to help them in their healing process.

Throughout his life, Don enjoyed playing golf, walking through the neighborhood, having a doughnut and coffee with friends, and being around his cherished grandchildren.

Don is survived by his beloved wife, Janet Van Cleave; his sister, Marcia; his two sons and their spouses, Aron and Katy Van Cleave, and Ryan and Victoria Van Cleave; four wonderful grandchildren, Valerie, Veronica, Sadie, and Liam; and many friends and extended family members.

He was preceded in death by his brother, Dick.

In lieu of flowers, please make donations to the charity of your choice, in Don’s name.