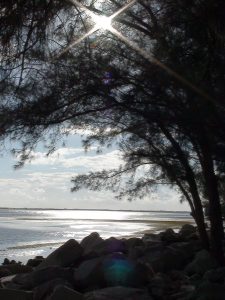 Memorial Visitation for Frederick John Jewell, 78, will be held Saturday, May 28, 2022 from 10:00 a.m. until the time of the Memorial Service at 11:00 a.m. at the Ahlgrim Family Funeral Home, 201 N. Northwest Highway, Palatine.  An Inurnment will follow at St. Michael the Archangel Cemetery, Palatine. To view the streamed Funeral Service, click here: Mr. Jewell’s Funeral Service.

Fred was born in Chicago, Illinois, on April 9, 1943. He passed away quickly and peacefully on February 22, 2022, in San Diego, CA, of complications of Lewy Body Dementia. Fred lived most of his life in the Chicago area with stints in Oregon, Nevada, Florida, and California.

Fred was born in South Chicago during World War II to Frederick Dyer Jewell and Alice Stella (Janus) Jewell. He was the first born in his family and the first grandchild on his mother’s side as well. When he was born, his father was a soldier in the U.S. Army. His family lived with his maternal grandparents and his aunts.  His grandfather was a Polish immigrant who was a barber and they all lived above the barbershop.  Fred grew up surrounded by extended family, who all helped care for him, especially when his mom was away for treatments, having contracted tuberculosis from one of her sisters who later passed away.

In many ways, based on the stories Fred would tell, it is very surprising he managed to stay alive through high school. South Chicago was a community in flux after WWII and Fred was right in the middle of it. One of his favorite stories was when, as a kid, he went with his dad to one of his card games. While there, he accidentally broke one of the ping pong balls. He feared he wouldn’t make it out of the place alive since all of the men playing cards with his dad were “packing heat.” He also told stories of falling off of a roof (breaking his arm) and scuffles with people of different backgrounds. Fred’s biggest accomplishment, however, was in high school when he met Kathleen “Kathy” Mary Kelly at a high school dance in October 1959. Meeting her changed his life.

Fred graduated from Mendel High School in 1961. He almost lost his life when he was in a horrible automobile accident in 1962. The accident caused him to be declared 4F for the Army since his vision was impaired for 6 months and his face had extensive scarring and muscle damage. In 1963, after Kathy helped nurse Fred back to health, he was smart enough to ask her to marry him and they were wed on June 13, 1964.  Fred didn’t want to work in the steel mills like so many of his peers, so he began attending Loyola University’s night school program. It took him 8 years while still working during the day in an entry-level office job, but he earned his bachelor’s degree in Economics in 1970.  Fred must have wanted to make sure Kathy was just as busy so they had 3 kids: Frederick W. (1965), Andrew A. (1967), and Jennifer K. (1970).

Although Fred always talked about how he was not smart, because he didn’t get high grades in school, he had an incredible amount of social intelligence. The man could easily influence the conversation in any room he was in at any time and everyone would generally follow his lead. Almost everyone he met throughout his life found him engaging and charming.  Fred got a foothold into data processing at the beginning of that field hitting corporate America.  Over the years, he learned that he was able to talk to the people doing the computer/technical work as well as the people who needed it done. He discovered that being the bridge between these two groups could be a lucrative career.  Over a span of 28 years, he worked at four companies: Standard Oil in the 1970s, International Harvester in the 70s & 80s, ADP in the 80s, and McDonald’s in the 90s, where he ended his career as a Supply Chain Management Director in their corporate offices.  Although computers were the backbone to his career, he hated them and thought that smartphones (handheld computers) ruined the art of conversation.

Fred and Kathy (later Kate) enjoyed 23 wonderful years of marriage before she died of breast cancer in 1988. They raised their three kids in the Chicago suburbs.  Fred and Kate enjoyed friends, dancing, and their kids’ activities.  Fred even coached their boys baseball and basketball teams when they were young.  He supported their artistic interests as well as all three of them played instruments in school and recreational bands and two of them enjoyed high school theater. After the oldest (Fred W.) graduated high school in 1983, Fred’s job moved the rest of the family to Portland, Oregon, for a couple of years where the second son (Andy) graduated high school in 1985.  With both sons in college at the University of Illinois, Urbana-Champaign, Fred, Kate, and their youngest (Jennifer) returned to live in the Chicago area in late 1985.  This was so Kate could be closer to family since the cancer had been diagnosed earlier that year. After Jennifer’s high school graduation in 1987, she also joined her brothers at UIUC. It was an expectation of Fred and Kate that all three of their children attend college and a blessing that Kate got to see one of them graduate and the other two settled into college life before she passed.

After retiring in 1998, Fred spent much of the next 18 years traveling around the country in his minivan “Big Red” visiting family and friends.  For the first six years, he had a homebase in Florida with very good friends for the winter and traveled the country the rest of the year. He usually spent extended amounts of time with his kids (located in three corners of the country: Atlanta, Portland, and San Diego) giving him the chance to spend quality time with his seven grandchildren as they grew up.  He rented an apartment in Las Vegas for about 2 years starting in late 2004 but decided it was not a great place to live. However, he met a special lady, Mary Gordon, at a Catholic Singles Group while there. She ended up traveling with him starting in 2006 and stayed with him often in the condo he bought in Ponte Vedra Beach, Florida, in 2009. his last big traveling trip was in 2016 and some odd occurrences happened during that trip. In 2018, after some alarming behaviors were observed from near and afar, Fred and Mary were both moved to San Diego to live near Jennifer.  As it turns out, they had both begun suffering from two different dementias with Mary having Alzheimer’s and Fred having Lewy Body Dementia. With Jennifer’s assistance, they managed to live together at an independent senior living community for two years before being moved into memory care when their diseases progressed.  Although it may seem like Fred—who was so full of life—died too young, the Lewy Body Dementia caused him great anxiety, hallucinations, delusions, exhaustion, and confusion most of the time so his quick and peaceful passing (most likely from a blood clot that reached his lungs) was a blessing.

Fred was preceded in death by his parents, Frederick D. Jewell and Alice S. Jewell; and, his wife, Kathleen K. Jewell. He is survived by his brother, Allan (Nola) Jewell; his sons, Frederick W. (Julie) Jewell from and Andrew A. (Kelley) Jewell; his daughter, Jennifer (John) Demaree; and his seven grandchildren: Andrew M., Maddie, Max, Rose, Lucas (Maddy), Jonathan, and Joanna. He also left behind Mary, who is now living in a new memory care community in Flagstaff, near her son.

If you wish to make a donation in Fred’s memory, please make one to the Lewy Body Dementia Association (LBDA) at www.lbda.org or 912 Killian Hill, S. W., Lilburn, GA 30047.