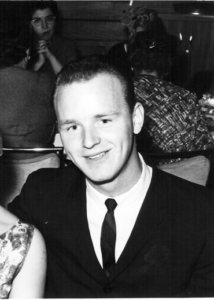 It is with great sadness that the family of George A. Moser announce his passing on December 19, 2021 in Barrington, IL. A Celebration of Life will be held in 2022.

George is the son of late George and Mariane Moser. George graduated from Saint George High School in Evanston, IL in 1958. During that time, he met his wife, Diana Schaefer. They celebrated 61 years of marriage before George’s passing. George graduated from St. Ambrose University in Davenport, IA in 1962. He is survived by his four children: George Jr. Moser; Jim Moser, and Eric; Christine (Moser) and Doug Altenberger; John Moser, and Lisa; as well as his seven grandchildren: Cassie Altenberger, Lyndsay Veck, Michael Moser, Kevin Altenberger, Alicia Moser, Kelly Altenberger, and Griffin Moser.

After graduating from college, George started in business with his father at North American Heating and Air-Conditioning in Morton Grove, Illinois.  He grew this small company to one of the largest area engineering services company from the Northshore to the Western suburbs with his brother James Moser. In 1980, George started and founded the First National Bank of Hoffman Estates, later known as Charter National Bank and Trust with over 6 branches in the Northwest suburbs.  He purchased Western Springs National Bank and Trust in 1987.  George was Director of the Bank for over 25 years and was one of the top 10 earning banks in Chicago.  One of George’s strongest business gifts was real estate development, he went on to develop over one million square feet of office and retail throughout the Chicagoland area. George being a family man, started Stonegate Development and Properties with his three sons, George, Jim, John and Doug, his son in law.  These companies built and managed over 50 properties throughout the Northwest suburbs.

In his 60 years of civic accomplishments, George was passionate about serving his community. He was Chairman of the Board of Trustees, Northern Illinois University, Trustee at St. Ambrose University in Davenport, Iowa, Founding Director and Chairman of the Board, Humana Hospital in Hoffman Estates, Illinois commonly known as AMITA Health St. Alexius Medical Hospital, former Trustee Village of South Barrington and Chairman of the Economic Development Commission, Hoffman Estates. He received The Man of the Year Award, Children’s Advocacy Center of Cook County. In 2007, Diana and George were Honorary Chair Couple for Catholic Charities of Chicago.

George had strong ties to the law enforcement following in his father’s footsteps.  He was a member of the Illinois Terrorism Task Force, a long-standing Director of the Chicago Crime Commission, Head of 911 in Barrington Hills and a Deputy, Retired Cook County Sheriff.

In his spare time, George enjoyed visiting the symphony, golfing, traveling, swimming, skiing, hiking, and boating. He loved the mountains and spending time with his family.