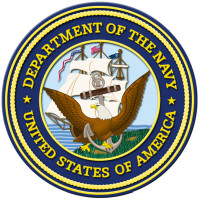 Harry Eugene (Gene) Horner, O.D. of Buffalo Grove, 94, died of heart and Alzheimer disease on August 28, 2020. Due to the pandemic a Memorial Service is being postposed.

Dr. Horner was born on October 12, 1925 in Middletown in what is now Windber. PA.  He attended Windber High School before entering the Navy in January of 1944.  Of the 100 corpsmen he trained with, only 2 survived the war.  He was honorably discharged as a Hospital Apprentice First Class SV6 on June 4, 1946.  In 1948 by means of the GI Bill he graduated from the Monroe College of Optometry and married Jeannette Lally Vollman (Chicago).  They were married for 70 ½ years and resided in Round Lake Beach, Illinois for 66 years.  He practiced Optometry in the Round Lake Area from 1951 to 1991.  He was a long time member of American Legion Post 1170 in Round Lake Park and the Illinois Optometric Society.  In the 1990’s he served as a volunteer Steward at Chain O’Lakes State Park.

He was proceeded in death by his wife, Jeannette; his parents Harry B & Evelyn Fern (Lehman) Horner; his brothers and their wives: George (Luanna Alton) Horner and Robert (Shirley Dobson) Horner.

Donations may be made, in his memory, to the Illinois College of Optometry www.ico.edu or the Navy Memorial www.navymemorial.org .