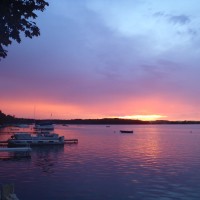 Visitation for James A. Kwasek, 79, of Hawthorn Woods, will be from 9:00 AM until the time of the Funeral Mass at 10:00 AM on Monday, October 11, 2021 at St. Francis de Sales Catholic Church, 33 S. Buesching Road, Lake Zurich. The Interment will be private.

James A. Kwasek was born in Chicago to Ruth (nee Miller) Kwasek and Alexander Kwasek.  After graduating from Loyola Dental School and becoming a dentist, he entered the Air Force, and served at Bentwaters Airforce Base near Woodbridge in England. It was here in England where he met his future wife, Mary Ann Firing of Pottstown Pa., who was serving as a teacher on the base.  After he was discharged from the service, they married in 1967 and settled in Hawthorn Woods, IL.  Jim had his dental practice in Arlington Heights, IL before his retirement.

He will be deeply missed.

He is preceded in death by his parents Ruth (nee Miller) and Alexander Kwasek.

In lieu of flowers, donations will be appreciated to the American Heart Association via Heart.org