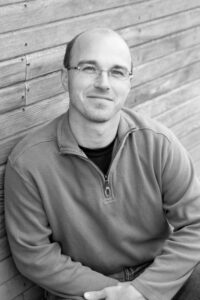 John passed away on Monday, September 13, 2021, after a long battle with PTSD.

John was a beloved leader in his community. He was Commander of the American Legion, 4-term elected Ela Township Assessor, President of the Lake County Assessors Association, and an Executive Board Member of the Illinois Chapter of the International Association of Assessing Officers. Whenever there was a community event, John was there. He looked for opportunities to make a difference and was always the first to volunteer.

John was a Veteran. He served as a US Navy Corpsman alongside the Marine corps. During his service, he spent time in Okinawa, and was part of the initial invasion of Iraq, Camp Lejeune, 29 Palms California, Paris Island. His final tour was in Fallujah, Iraq with the 1st battalion, 6th Marines, Charlie Company, 4th Platoon. His nickname was “Doc B.”

Most importantly, the roles that John held most dear were that of devoted husband to Bonnie Barrington and loving father to Tommy, Nick, Emma, Anna, Olivia and the late Lea. John was son of the late Karen Barrington; brother of Lisa and Carl; uncle of many nieces and nephews; nephew of Penny and was raised by his uncle Rockie and the late aunt Fran.

John will forever be remembered as the most kind, helpful and level headed person ever.

In lieu of flowers, a GoFundMe page has been set up to help support the family. Listed as – John Barrington Family Fund. Donations can also be thoughtfully directed to the Semper Fi Fund.