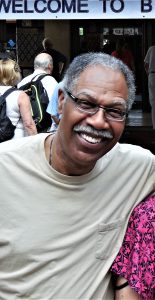 A Celebration of Life for Joseph O. Pratt, Jr. will be private.

He passed away peacefully on Sunday, June 5, 2022 in Vernon Hills.

He is preceded in death by his parents, Joseph and Madeline (née Booker) Pratt.

Joe was born in Monterey, California, but grew up in Philadelphia, Pennsylvania.  He attended Cheney State College and later transferred to Michigan State University where he met and later married his beloved wife.  He served in the US Army for 2 years and was honorably discharged in 1970.  He graduated from Michigan State in 1971 with a BA in Social Science and then moved to Detroit, Michigan.  He later moved his family in 1980 to northeastern Illinois for a new career opportunity.  In 1993 he and his wife moved to Lincolnshire, Illinois where he happily engaged in community service.  He had a successful 30-year career as a procurement manager in the plastics industry. Upon retirement in 2010, he and his wife traveled extensively, including favorite destinations like Spain, Brazil, Chile, the UAE, Australia, Italy, and Singapore.  When not traveling he enjoyed cooking, growing vegetables to share with neighbors and friends, and feeding and watching birds.  He will be greatly missed.

In lieu of flowers, please make a contribution to the Alzheimer’s Association at www.alzfdn.org