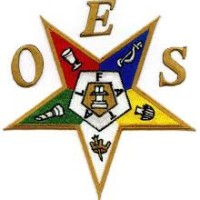 Visitation for Michelle Marie Behm, 64, of Lake Barrington, will be held Friday, February 8, 2019 from 3:00 to 9:00 p.m. at the Ahlgrim Family Funeral Home, 201 N. Northwest Highway, Palatine, with an Eastern Star service at 7:00 p.m. followed by a Rainbow Girls service. The Funeral Service will begin Saturday, February 9, 2019, 10:00 a.m. also at the Ahlgrim Family Funeral Home, Palatine. The Interment will follow at Eden Memorial Park Cemetery, Schiller Park.

Michelle was born May 24, 1954 in Chicago, and she passed away at Good Shepherd Hospital in Barrington January 29, 2019.

After school Michelle went into a different direction and achieved top seller awards in real estate and continued for 40 plus years.

One of Michelle’s passions was aviation. She was a private pilot and even had a hot air balloon. This lead to a 25 year career with the Federal Aviation Administration first as an Air traffic Controller and worked her way thru the ranks to becoming the Air and Traffic Manager of O’Hare Tower. Though out her career she also became a successful entrepreneur. She continued her real estate interests flipping houses, owning rental properties and processing mortgages. What she really enjoyed was E-Bay in true Michelle fashion she was all in. She had an E-Bay store, top seller awards and yes, a warehouse.

Michelle’s other passion was her involvement in the Masonic Orders. She was a member of the International Order of the Rainbow for Girls. Past Worthy Advisor, Past Grand Musician and Rainbow Girl of the Year. As an adult she was Mother Advisor of Arlington Hts #81 and served on the Advisory Board of Friendship #100. She also was a past Member of the State Executive Committee. She was awarded the W. Mark Sexson Service Award by Supreme Assembly.

At the time of her death she was serving as Associate Grand Conductress of the Grand Chapter Order of the Eastern Star of Illinois. She was past Grand Organist 2016, Past Worthy Matron of Arlington Hts. Chapter #992.