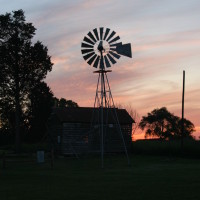 Patricia (“Pat” or “Penny”) was born in Rhode Island on March 16, 1939 to John and Victoria Scaramella.  Penny attended school in Woonsocket, Rhode Island and later graduated from Green Mountain College, Poultney Vermont.  She then returned to Providence where she worked in various jobs including a model and the hostess on the game show “Identify”.  After her marriage to Harry Talanian in 1969, they relocated to Palatine, IL to raise their young family.  She would go on to work as a teaching assistant for special needs children, a dental assistant, get involved with Parent/Teacher organizations, and frequently drive elderly acquaintances whenever she could.  She enjoyed painting and was also a fierce tennis player.  Later, she and Harry relocated to North Barrington, IL.  She was known for her smile, her contagious laughter, and her unstoppable appetite which was coupled with a fast metabolism.  Throughout her life she had a strong love of nature.

Patricia is survived by her children, Jason (Tona Costello) Talanian and Shara (Albert V) Pohl; her grandchildren Neva and Leo Talanian and Albert Pohl VI; and her brother, John Scaramella.

She was preceded in death by her husband, Harry Talanian in 2009.  Coincidentally, Harry and Pat’s 51st wedding anniversary was also August 10, 2020.