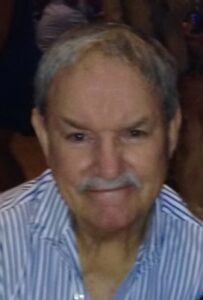 A Memorial Visitation for Philip Edwin Lindstrom, 79, of Hoffman Estates, formerly of Palatine since 1972, will be held Thursday, January 6, 2022, from 9:00 a.m. until the time of the Funeral Mass at 10:00 a.m. at St. Thomas of Villanova Catholic Church, 1201 E. Anderson Drive, Palatine, IL 60074.  Mass will be streamed at https://youtu.be/0oiNJpL_qF   An Inurnment will be held later in Spring/Summer of 2022 at Abraham Lincoln National Cemetery, Elwood.

Philip was owner and proprietor of the Palatine and Rolling Meadows-based BriEr Electric from 1976 until his retirement in 2004. He will be remembered not only as a loving father and dedicated businessman, but as a man who lived his life in service to others both in the United States Marine Corps, where he served from 1964-1968, and as a member of Alcoholics Anonymous, where he helped countless alcoholics work the road to recovery. On December 5, 2021, Philip celebrated 50 years of sobriety in the program. In retirement, Philip indulged in his greatest love–learning–and watching the Bears and the Cubs full time.

Both he and his children believe that his greatest accomplishment was in raising three children who love one another above all else. Both they and he would like you all to know that he is now officially “out the door.”