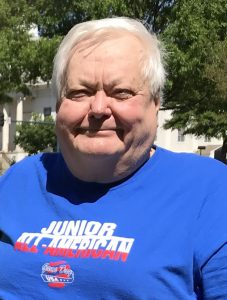 After graduating from Reavis High School, he served in the United States Air Force as an aircraft mechanic stationed in England, Germany, Spain, Libya, and Italy. Rich played for the Air Force Football team.  He worked for 36 years for United Airlines from mechanic to ground equipment manager.  Richard had many passions which included cooking, hunting, and fishing.

Richard Thomas Schima was born on August 26, 1947, to Alfred and Irene (nee Kucala) Schima.  He is survived by brother, Alfred Schima; sister, Dolores Lunde and loved by many nieces and nephews.  He is the loving father to Stacey (Bob) Mosquera.  He is blessed with grandson, Matthew, and granddaughter, Vanessa.  His former marriage was to Janice (nee Sloboda) Schima.

In lieu of flowers, please donate to Plant A Tree, in Honor of Rich Schima.