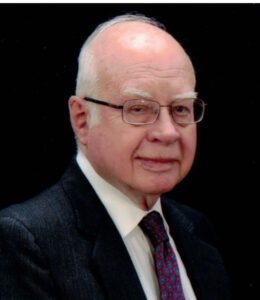 The Visitation for Robert Ewell Henderson, 89, of Palatine since 1969, will be held Friday, September 10, 2021 from 4:00 to 8:00 p.m. at the Ahlgrim Family Funeral Home, 201 N. Northwest Highway, Palatine.  Funeral Service will begin on Saturday, September 11, 2021 at 11:00 a.m. also at the Ahlgrim Family Funeral Home, Palatine.  An Interment with military honors, will follow at Memory Gardens Cemetery, Arlington Heights.

If you are not able to attend in person, below is the Funeral Service streaming link: https://webcast.funeralvue.com/events/viewer/59782

Bob graduated from Dekalb, MO high school and graduated college from DePaul University in Chicago.  He started working for Quaker Oats in 1953, and retired with 41 years of service.  He married his wife, Martha Lois Todd, April 10, 1954, and they lived in St. Joseph, Missouri until 1969.

Robert was a Korean War Veteran, having served as an infantry soldier in the United States Army in Korea.  He received numerous medals for bravery; including 2 Bronze Battle Stars and the Purple Heart for injuries sustained.