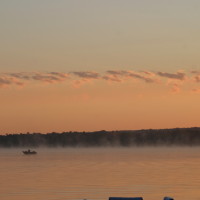 Funeral Services for Roger Benet-Zenaty, 66, of Chicago, will be announced at a later date.

Roger was born on November 8, 1952 in Chicago, IL to Victor Jr. and Theresa Zenaty. He passed away on Sunday, August 4, 2019 at Loyola Medical Center, Maywood, IL.

Roger will be remembered for being a dog rescuer; he leaves behind his special dog, Apollo. He enjoyed gardening, his friends and a good buffet.
Roger is survived by his mom, Theresa; his siblings, Victor Zenaty, Thomas Zenaty, Teresa McCafferty, Maria (Timothy) Lazzarotto and William Zenaty; and numerous nieces and nephews.

He was preceded in death by his father and siblings, Gregory F. Zenaty, and Michele Schaerf.