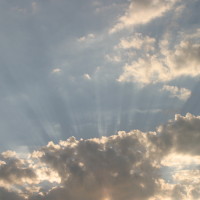 Visitation for Sterling H. Mische, 95, a longtime Palatine resident and music educator, will be held Friday, June 25, 2021 from 4:00 to 7:00 p.m. at the Ahlgrim Family Funeral Home 201 N. Northwest Hwy. Palatine. A Service and Inurnment will be held privately at Union Cemetery, St. Charles.

Mr. Mische died May 16, 2021 at the Lutheran Home in Arlington Heights.

Mr. Mische had a highly respected and rewarding career in vocal music education.  He served as Choral Music Director and Department Chairperson at Prospect High School from 1960-1984 and founded the annual District 214 Choral and Band Festival.  Among his special memories was the thrill of conducting concerts for packed audiences in the PHS field house.  Students fondly recall his commitment to excellence, attention to detail, dedication, energy and mentorship and still enjoy the albums that they professionally recorded under his direction.  Recent contact with his students brought him great joy.

Sterling also served as Choir Director at Trinity Lutheran Church in Des Plaines from 1968-1982.  His beautiful baritone voice contributed to worship at Christ Lutheran Church in Palatine where he was an active member for more than 50 years.

He was preceded in death by his parents, Peter and Corinne (nee Mohrlock) Mische.

Memorial contributions will be appreciated to St. Charles Singers, stcharlessingers.com or to The Lakeside Singers, lakesidesingers.com.