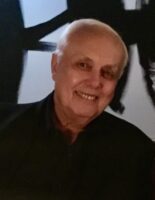 A private Service for Terrence L. Connolly, age 78, of Long Grove, Illinois, will be held for immediate family, and a celebration of life gathering will take place when it is appropriate to do so.

Terry passed away on June 2, 2020. He was born on November 12, 1941, to Thomas and Marian (Pannarale) Connolly in Chicago, IL. On September 20, 1975, he was united in marriage with the special love of his life, Veda (Zimmer) Connolly.
Terry is also survived by his daughter, Kristen Connolly Drexler, his grandson, Alek Drexler, his sister, Kelly (Henry) Connolly Turner, his sister-in-law, JoAnn Lilly, and his nieces and nephews. He is also survived by many cousins and close friends.

Terry is preceded in death by his parents and son-in-law, Rich.

Terry loved to dine, cook, and play golf and fish. He enjoyed his Thursday night poker games. He was a life-long Chicago sports fan, with a passion for the Cubs.
He was an entrepreneur with a vast knowledge of the pneumatic industry. He started his business in his first house with Veda and grew it into a prosperous company, with many employees over the years that he considered family. Intech Industries Inc, aka Midwest Control, will forever be his legacy.

In lieu of flowers, memorial contributions may be made to the Gary Sinise Foundation, in Terry’s name.