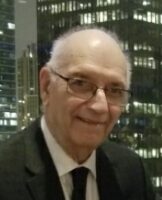 Visitation and Interment for Theodore Hanson Boe Jr. will be held privately.

Ted Boe, 89, of Palatine, passed away recently surrounded by his family following a short illness.  Ted was a member of the Bricklayers Local 21 Union for 70+ years. He cherished spending time with his family, woodworking, and watching the Cubs and Bears.  Ted was an avid bowler, a seasoned thrower of horseshoes and an accomplished bull-shitter.  He may have also been the world’s greatest uncle.  He will be deeply missed by his loving family.