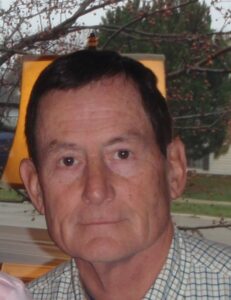 A Memorial Visitation for Toby C. Mangold, 78, of Palatine, will be held on Friday, September 17, 2021 from 3:00 PM until 8:00 PM at the Ahlgrim Family Funeral Home, 201 N. Northwest Hwy., Palatine. A Memorial Service will be held on Saturday, September 18, 2021 at 10:30 AM at Christ Lutheran Church, 41 S. Rohlwing Road, Palatine. An Inurnment will follow at Memory Gardens Cemetery, with full military honors.

Toby passed away on Saturday, September 11, 2021. He was born in Columbus, Ohio on January 6, 1943. He moved to Chicago in 1964, just as he was drafted into the Army.  He proudly served this country from 1964-1966 in Korea just at the beginning of the Vietnam Conflict. After returning he lived in Chicago and met the love of his life Carolyn on a blind date. They were married on July 6, 1968, and moved to Palatine in 1970.  Toby and Carolyn continued to live and be happily married at the same residence for over 50 years. He was a union diesel truck mechanic by trade and earned many certifications during his 50+year career.

Toby was a fixer of “everything”, avid fisherman, loved to canoe and most importantly spend time with his family. Once he had grandchildren, he was known as Papa T, and was called that by everyone. Everyone should have a Papa T in their life.

Flowers may be sent to Ahlgrim Family Funeral Home or a memorial donation may be made to the Children’s Diabetes Foundation (childrensdiabetesfoundation.org) in honor of Toby’s granddaughter, Madeline.